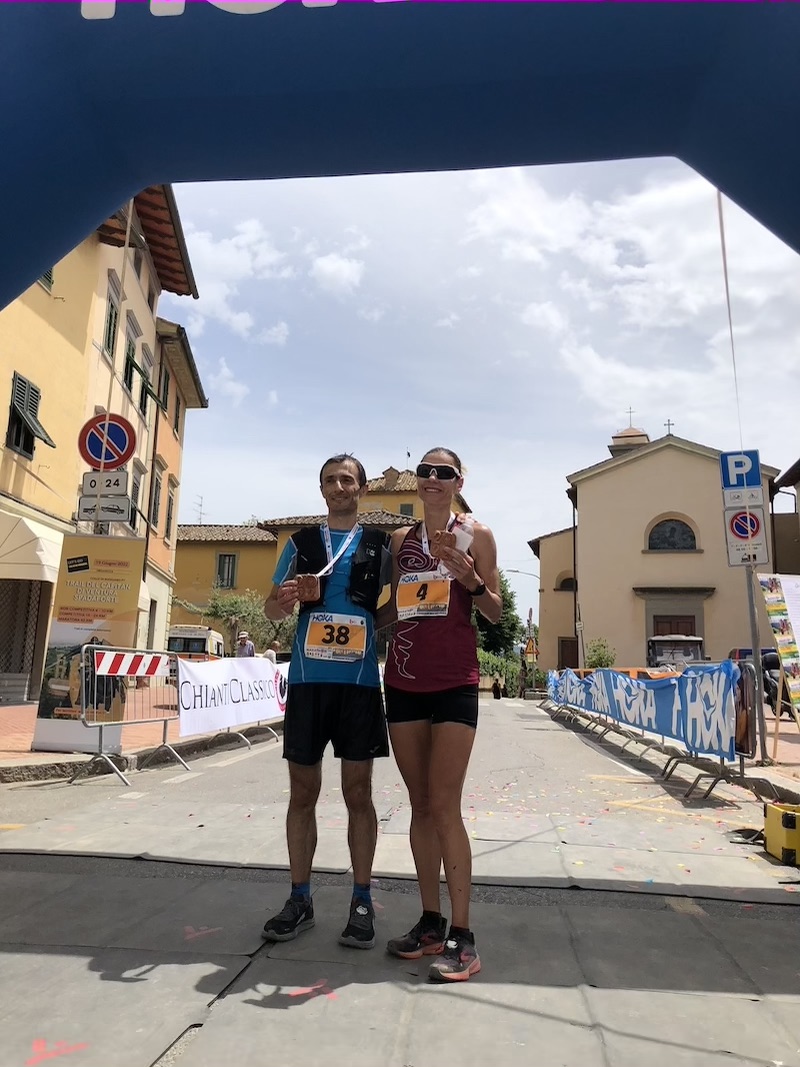 Success for the 4th edition, here are the winners

With almost 800 participants, the 4th edition of the Chianti Classico Marathon ended with great success and appreciation by the participants.

The 2022 edition was characterized by the participation of athletes from over 22 countries who arrived in Chianti to run one of the three distances. The nations included Australia, Canada, the United States, the Philippines, Colombia, South Africa, England, France, the Netherlands, Latvia, Austria, Romania, Ireland, Estonia, France, Spain, Croatia, Poland, Sweden, Norway. Athletes from almost all Italian regions were also present.

The award to the young athlete who reached the finish line in the longest distance proposed by the Castello di Verrazzano cellar went to the Latvian athlete Rudite Stiebre.

In all, 130 athletes registered in this distance.

In the shortest distance, trail of 21 km, the victory among men in the absolute category went to Giovanni Nucera in 1:32:56 ”, second place for Matteo Arzuffi in 1:37:55 and third the Norwegian Alexander Owren in 1: 39:46 ”. Among the absolute women first classified the South African athlete resident in Singapore Bronwyn Small in 1:59:42, second the athlete from Scandicca Teresa D’Amico already winner of the last edition in 2019 with a time of 2:03:56 ” , third Claudia Lai in 2:10:01 ”.

In this distance there were about 300 members in all.

Finally, in the non-competitive 10 km he saw 330 athletes present running the distance, walking, Nordic walking and even with the 4-legged friend. Course open to all which also saw the participation of numerous very young athletes.

A beautiful day dedicated to sport and nature.